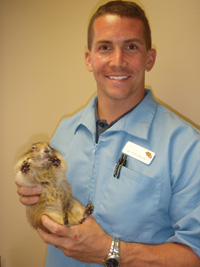 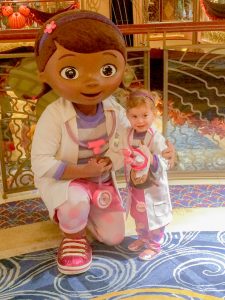 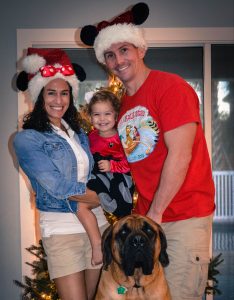 Both Dr. Paul and Dr. Jen graduated from North Carolina State University – College of Veterinary Medicine in Raleigh, NC. Dr. Paul was a native North Carolinian, raised in Cary, NC and a proud fan of the NC State Wolfpack, where he also attended undergraduate school. Dr. Jen had traveled from the northeast, growing up in Toms River NJ and obtaining her undergraduate degree in Biology from The George Washington University in Washington DC.

Ready for their next challenge, and ready to trade the mountains for the beach, they came to Florida to become the new owners of Palm Bay Animal Clinic in 2009. They brought with them their Lab Mix “Tommy”, and cats “Famous”, “Majesty”, and “Lilo”. Then, shortly after settling in, they added an Old English Mastiff “Bocephus” to their family. It wasn’t until October 2013 that they welcomed their daughter, Ashley Elizabeth Sikoski, and are excited to pass on their veterinary knowledge and love of animals to her. 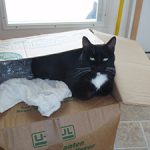 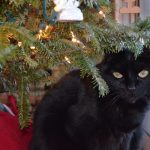 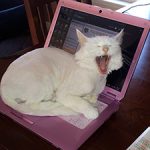 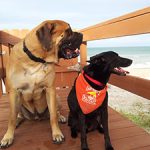 Drs. Paul and Jen are proud to be a part of the Brevard County community, and in the time since they began offering veterinary services to the Palm Bay area they realized they could fill a need in other parts of the county as well. With the veterinary industry moving toward large, multi-doctor facilities, the Sikoski’s focused on keeping the personalized, family doctor, “small-town” environment that gives clients the opportunity to build closer relationships with the staff members. Also, they want clients to understand that maintaining a good quality of life for their animals can be made possible, even on a budget. Eager to share their style of veterinary care, they became the new owners of Clearlake Animal Hospital in July 2012, followed by Coquina Ridge Animal Clinic in January 2014, and most recently of Oakview Animal Hospital in April 2016. Their vision is to create a family of clinics that each practice similar styles of veterinary medicine, while still bringing what they believe is a unique and hard-to-find personal touch and bond between the doctor and the patient. All locations provide full service veterinary care and are united by the idea of “Quality Pet Care, Affordable Choices.” 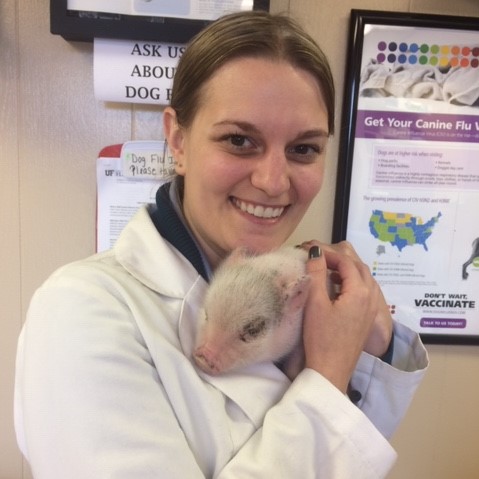 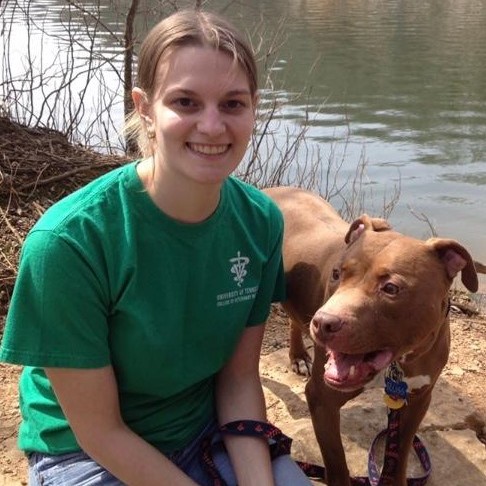 I was born and raised in the small town of Thomaston, CT and ever since I can remember all I ever wanted was to be a veterinarian. I went to undergraduate college at Sacred Heart University in Fairfield, CT, and then veterinary school at the University of Tennessee in Knoxville, TN. After graduation in 2014, I participated in an internship at VCA Southpaws in Fairfax, VA where I learned from board-certified specialists of a variety of fields as well as spent a significant amount of time as an emergency veterinarian. Throughout school and my internship, I also participated in several rotations and externships to enhance my knowledge and practice of exotic animal medicine. I spent the next two years as an emergency clinician in Rockledge, FL before finding my home at Palm Bay Animal Clinic. I love being able to see and treat all species of pets on a daily basis. At home, I currently have two dogs, Lana and Cricket and two turtles, Bowser and Yoshi, that I care for. In my spare time, I practice Taekwondo, like to participate in bowling leagues and love to go to the beach, kayak, and just enjoy the Florida sunshine. 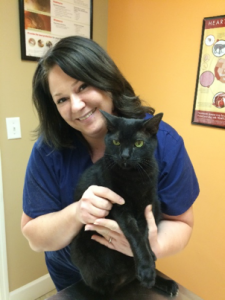 A recent addition to Palm Bay from New Jersey, Melissa fell in love with the veterinary field while working at a local animal shelter. From that point on, helping animals has been her passion. In her downtime, Melissa enjoys spending time with her husband Justin and their four sons at the beach or local parks. Melissa also has 4 fur babies, a boxer/bulldog named Rosie and 3 cats- Mr. Snuggles, Emma, and Olive. 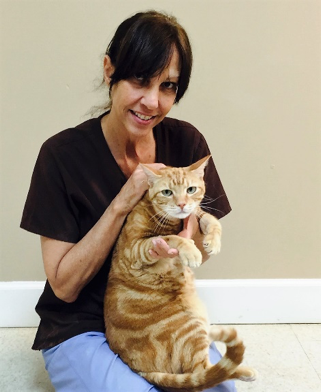 Meet Virginia, the official crazy cat lady of our team. It is her Cuban heritage that brings out the “Spanglish” at times, or even some other foreign accent, perhaps from her years in the travel industry. Her passion for animals started at a young age and life circled back around to where she is today. Virginia joined us almost from the beginning of our adventure in 2009 and brought with her years of experience in the veterinary field.

Currently, she is acquiring her Veterinary Technician certification. Her love for living beings inspired her to become vegetarian, although a work in progress. Virginia enjoys visits to her brother’s ranch, quiet beach time, and has found yoga and meditation to be very helpful. She appreciates loyalty and good work ethic, combined with humor. Although she finds leading people a challenge she enjoys, being a beloved pet’s nurse is for her the most fulfilling. 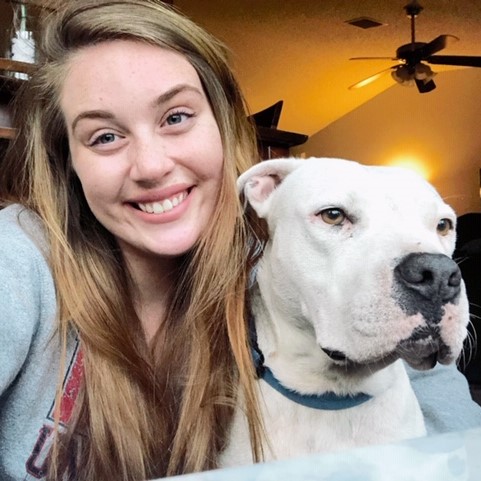 Meet Kaitlin! She recently moved here from Virginia at the end of 2018. Kaitlin has always loved animals & has grown up with them her entire life. In Virginia, she worked at a vet clinic and also helped out with the local Humane Societies. Kaitlin & her husband currently have six fur babies who are all rescues. They have two short-haired cats named Lilly & Seymour (who is Blind) & one long-haired cat named Ellie. They also have three dogs, Beau who is a Heeler/Pointer Mix, Memphis, a Black and Tan Coonhound & a Pitbull named Hogan. In her downtime, Kaitlin enjoys hanging out with her husband, decorating her house & playing with her dogs. 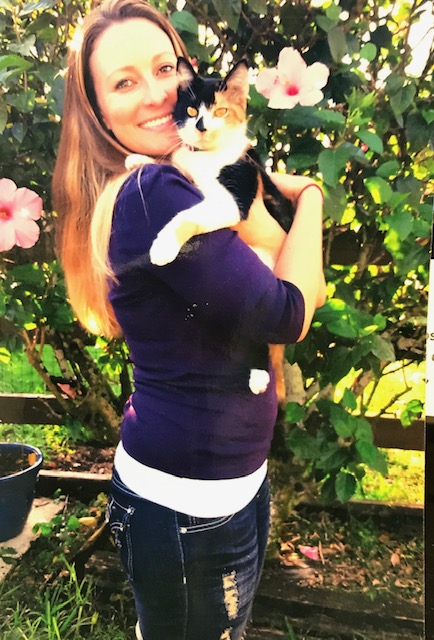 Kristen has been a Veterinary Technician since 2003. She started out volunteering and was accepted to the Veterinary Technology program at Eastern Florida State College and graduated with her Animal Technology degree in 2009. Kristen joined our team in 2014. She is our Surgery Technician at Palm Bay Animal Clinic. She has 3 pets of her own. A dog named Charlee, a Bearded Dragon named Hazel, and a cat named Simon. Kristen was born and raised in Melbourne Florida. In her downtime, she enjoys spending time with her 2 children, going to the beach and doing home-improvement projects with her husband.

Font Resize
Call Us Text Us